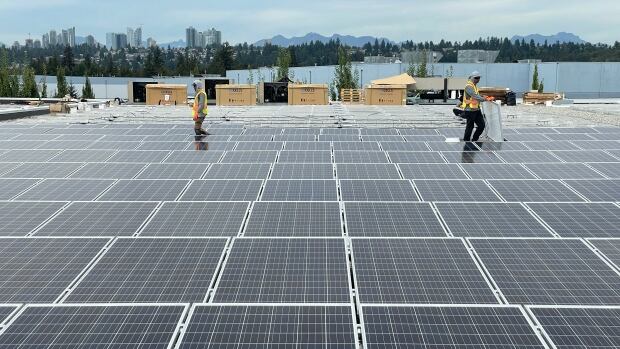 Former US President Donald Trump’s tariffs on Canadian-made solar products will be scrapped after Canada, the United States and Mexico reach an agreement during trade talks in Vancouver.

“This agreement will bring stability and predictability to our renewable energy sector and strengthen North American competitiveness,” Ng said in a statement. “It is a clear recognition of Canada’s place as a leader in the fight against climate change.”

The tariffs were imposed by Trump in 2018, and the Canadian government said exports of solar products to the United States have fallen by 82% since then.

In February, a dispute settlement panel concluded that by keeping Canadian exports subject to its so-called “safeguard measures”, the United States violated its obligations under the United States-Mexico- Canada.

Ng also says she raised the issue of softwood lumber negotiations during a bilateral meeting with Tai.

In November, the US Department of Commerce announced that it would impose tariffs averaging 17.9% on softwood lumber imported from Canada. That’s double the previous rate of 8.99%, and the timber trade bodies have spoken.

“The way forward is to find a solution with the United States,” Ng said.

The United States and Canada have agreed that this is a significant problem, but it is unclear what this possible solution will look like. Tai reiterated his support for the industry.

“Our priority is to ensure that American softwood lumber producers can compete on a level playing field,” Tai said. “Subsidized timber and dumped imports undermine their ability to compete fairly.