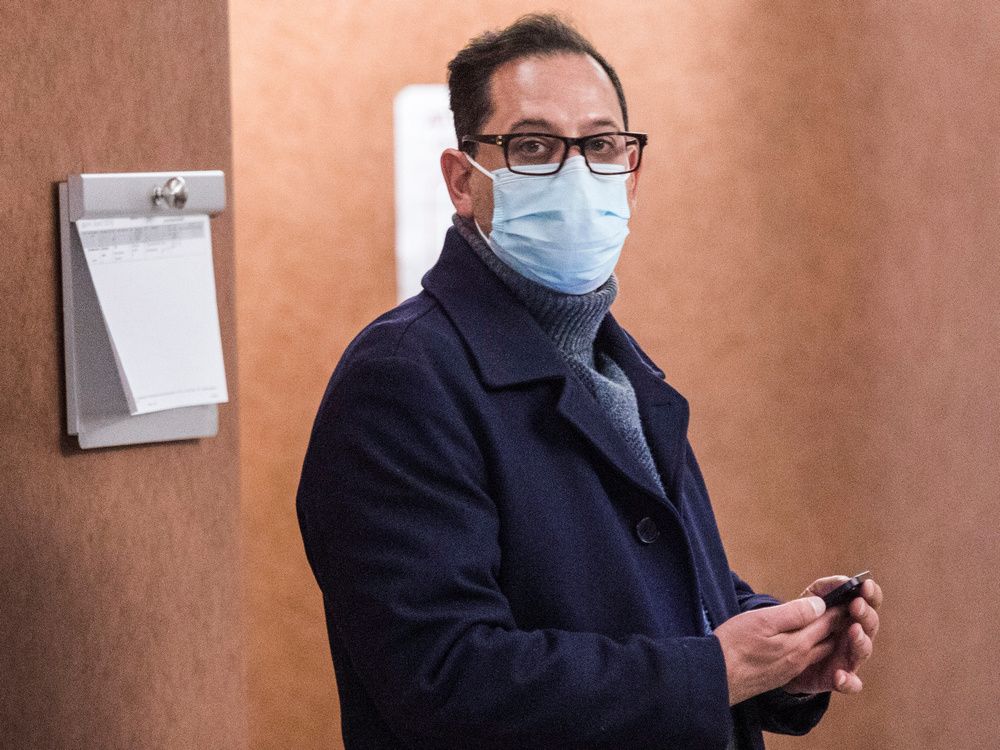 The case against a man accused of stabbing a person outside a club in Old Montreal hinges on the testimony of an unreliable plaintiff and the barely visible recording of the attack, said argue a defense attorney on Wednesday.

The lawyer, Danièle Roy, made her pleadings on Wednesday at the Montreal courthouse where Nicola Spagnolo, 47, is accused of aggravated assault. He allegedly stabbed a man during an argument outside the Boho cocktail bar on St-François-Xavier Street on August 1, 2020.

Spagnolo did not present a defence, but Roy attacked the two main pieces of Crown evidence; the victim’s testimony and a video footage of what happened that was recorded by a surveillance camera outside a building on St-François-Xavier Street. The camera was positioned a long distance from where the Crown claims the assault took place.

“We have a plaintiff whose reliability is lacking with a camera that makes it difficult to (see what happened),” Roy said at the start of his arguments.

The victim’s name cannot be released due to a publication ban.

Roy noted that the description of the victim of the man who attacked him does not match Spagnolo on three different key points; the length of his hair at the time of the stabbing, his height and the way the assailant spoke.

“He said that everyone spoke Quebecois. But there is an admission by the police, who have known Mr Spagnolo for many years, that he is an Italian English speaker who generally speaks English and when he speaks French it is with an English accent,” said the defense attorney.

Spagnolo is said to have ties to the Montreal mafia. In two recent murder trials, an informant who worked for the Sûreté du Québec testified that Spagnolo was on a blacklist that brothers Andrea and Salvatore Scoppa kept as they sought to eliminate their rivals from the Rizzuto organization. The informant said Spagnolo’s father, Vincenzo, was killed by mistake when the hit was to be carried out in Laval in October 2016. The elder Spagnolo was a close friend of Vito Rizzuto, who was the head of the Montreal mob .

Another problem with the victim’s testimony, Roy said, is how he remembers being stabbed while standing in front of the club. The evidence for the prosecution is that the video shows that the argument between the two men began in front of the club but continued for several meters on rue St-François-Xavier and that the victim was stabbed there. The victim first saw the video while testifying in April.

Ferguson argued that while eyewitness testimony is sometimes unreliable, the victim’s testimony is corroborated by other evidence.

“In this case, the proof does not rest exclusively on the eyewitness identification of the victim. The dangers and pitfalls associated with honest but mistaken identification are virtually absent,” Ferguson said, while noting that five police officers were able to tell Spagnolo was near the crime scene before the attack happened. A security camera inside a bar next to the club where the victim went with friends on the night in question captured footage of Spagnolo before the argument began.

“Did Your Honor have the impression that the victim exaggerated his testimony or that he was evasive during cross-examination,” Ferguson said. “Was his version of events radically different from what we can observe on camera?

The prosecutor also argued that video footage recorded by another camera, inside Spagnolo’s home when he arrived there after the assault, confirms that it was the same person recorded by the camera. on St-François-Xavier Street.

Paradis said he will make his decision in December.