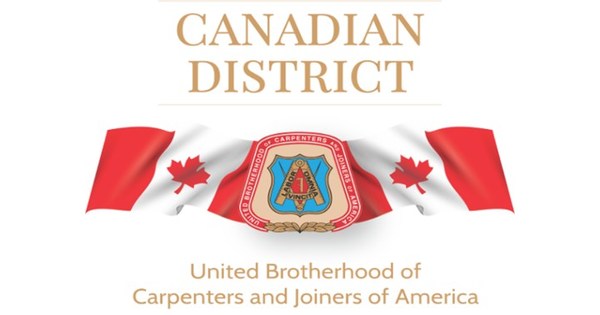 It’s time to get up and talk.

WINNIPEG, MB, April 11, 2022 /CNW/ – The United Brotherhood of Carpenters (UBC) announces the start of the 2022 Days of Action Against Tax Fraud (April 11-16, 2022) to disseminate and educate Canadians about tax evasion in the construction industry.

“The underground economy is thriving in Canada, especially in the construction industry, stealing billions of dollars every year. Tax evasion deprives honest, hard-working Canadians and their families of the services they have worked for and deserve,” said Jason RoweVice-President, United Brotherhood of Carpenters, Canadian District.

Communities and Canadians are suffering as funding for essential programs and infrastructure is lost to corporate thieves who operate in the underground economy, shirk their tax responsibilities and break the law.

Rogue employers also intentionally classify workers as independent contractors or pay them cash to ensure that workers do not appear on the employer’s official payroll records and are not covered by employment insurance and workers’ compensation. When employers shift their tax burden onto their employees, the latter are forced to pay their employer’s employment taxes, placing a significant financial burden on working families.

That’s billions of dollars in lost tax revenue that should be used to fix roads, bridges, schools, veterans care, and fund other vital public programs.

“United Brotherhood of Carpenters area councils throughout the United States and Canada work with honest entrepreneurs and community stakeholders to level the playing field by shining a spotlight on the underground economy and those who engage in this illegal activity. UBC urges government, law enforcement and the banking industry to take action,” said Jason RoweDistrict Vice President, United Brotherhood of Carpenters, Canadian District.

It is time for Canadians to stand up against tax evasion and fight corruption in the underground economy so that we can have the programs and services needed in our communities.