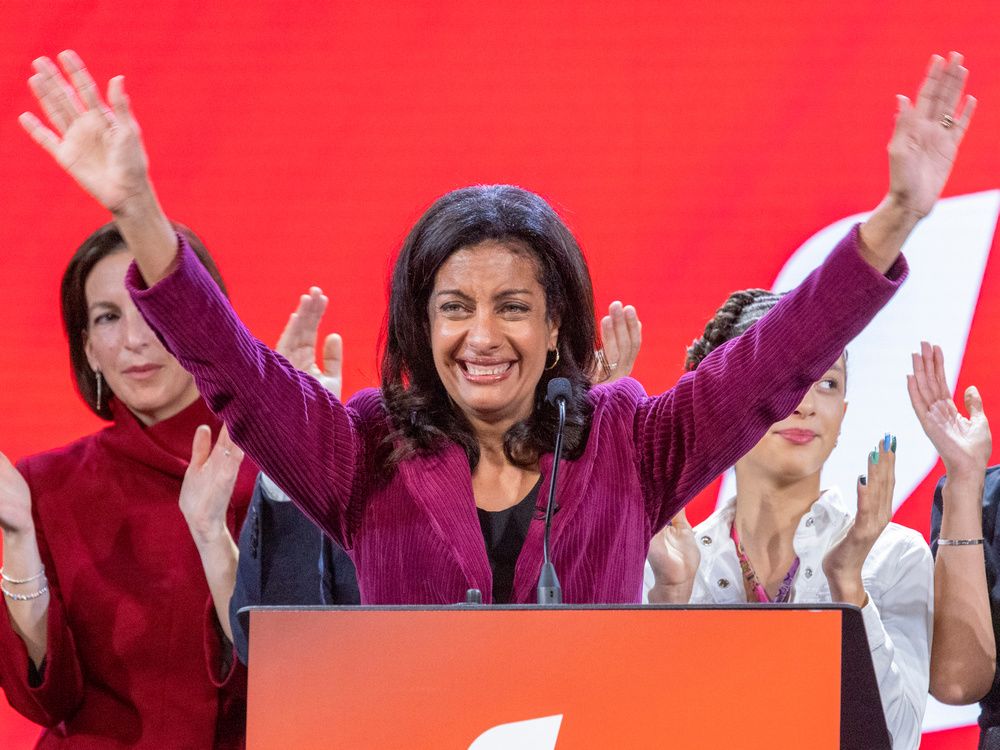 The Liberals retain strongholds in central and western Montreal

Central and West Montreal have long been provincial Liberal strongholds, and the trend continued on Monday.

Liberal candidates were elected to the National Assembly in the ridings of D’Arcy McGee, Marguerite-Bourgeoys, Mont-Royal—Outremont, Notre-Dame-de-Grâce, Verdun and Westmount—Saint-Louis.

But in Verdun, it was a headache since the Liberal incumbent Isabelle Melançon and Alejandra Zaga Mendez of Quebec solidaire remained within 200 votes of each other when the results fell in the evening. Verdun has voted Liberal provincially since World War II and poll aggregator Qc125.com had projected a Liberal victory with 37% of the vote, 33% for the QS and 31% for Véronique Tremblay of the Coalition Avenir Québec .

Melançon was elected to the National Assembly in a 2016 by-election and won the riding in the 2018 provincial election with 35.5% of the vote; the QS candidate was second with 24% of the vote, the CAQ third with 20%.

At least half of the 27 members of Liberal leader Dominique Anglade’s caucus chose not to run again and several of the Montreal candidates were running for the first time. Among them was Michelle Setlakwe from Mont-Royal–Outremont. The lawyer and former Town of Mount Royal councilor and mayoral candidate won the seat vacated by Pierre Arcand, who had served as Member of Parliament for the riding since 2008 and held several ministerial posts under former Premiers Philippe Couillard and John Charest. With 90.9% of the polls counted, Setlakwe won 10,094 votes, or 39.8% of the vote. Isabelle Leblanc of QS finished second with 4,842 votes, or 19.1%.

In D’Arcy McGee’s riding, Liberal candidate Elisabeth Prass filled the seat vacated by David Birnbaum, whose constituency office she headed. Birnbaum announced in April that he wanted to return to other interests after serving two terms in the National Assembly. Prior to entering politics, he was Executive Director of the Quebec English School Boards Association.

The riding of D’Arcy McGee includes the towns of Côte-Saint-Luc and Hampstead and part of the borough of Côte-des-Neige—Notre-Dame-de-Grâce of the City of Montreal. Prass was the big winner with 52.3% of the vote after 58% of the polls, but Bonnie Feigenbaum, candidate for the Conservative Party of Quebec, obtained 24.4% of the vote.

Feigenbaum is well known to residents of Hampstead, where she served two terms as a councilor and ran for mayor. A longtime Liberal supporter and former chief of staff to MP Anthony Housefather, she said she chose to run with the Conservatives because it’s tthe party closest to its core values.

“I’m glad I was able to give my constituency members another choice,” Feigenbaum said Monday night. “Some took it – and others decided the devil they knew was better than the devil they didn’t know.

“I didn’t hear anyone say anything negative about me, but Éric (Duhaime, leader of the Conservative Party of Quebec) was an unknown product for our community.

In Notre-Dame-de-Grâce, where Désirée McGraw ran for the Liberals to fill the seat vacated by Kathleen Weil, she was declared the winner early on. With 96.9% of the polls counted, the internationally recognized defender of public affairs and sustainable development obtained 50.9% of the votes, or 12,320 votes. His closest opponent, Élisabeth Labelle of the QS, won 14.7% of the vote, or 3,566 votes. Balarama Holness of the young Bloc Montreal party won 6.7% of the vote, or 1,637 votes.

In the riding of Marguerite-Bourgeoys, Frédéric Beauchemin, Liberal candidate to occupy the seat left vacant by Hélène David, won 12,301 votes, or 44.8% of the votes with 97% of the votes counted.

The electoral division is made up of the borough of LaSalle, Île Rock, Île aux Chèvres, Île aux Hérons and Île des Sept Soeurs. The poll aggregator Qc125.com had estimated that it was probably a Liberal influence, but from the first results, Beauchemin was neck and neck with Vicky Michaud of the CAQ. She obtained 23.2% of the vote, or 6,369 votes.

“Marguerite-Bourgeoys is staying with the Liberal Party and for me that was a primary focus as a campaign guy on the ground,” Beauchemin, a former managing director and head of capital markets at Scotiabank, said Monday evening. .

“We decided to do a ton of door-to-door and we communicated with the citizens of Marguerite-Bourgeoys and the comments were simply incredible. We were able to get insights into their issues and talk about safety, transit and business development, which we think are the issues facing residents, and so that’s what we’re going to focus on .

In the riding of Saint-Henri—Sainte-Anne, southwest of Montreal, Liberal leader Dominique Anglade won her seat with 36.6% of the vote, or 10,989 votes. The riding has been liberal since its creation in 1994 with the merger of the ridings of Sainte-Anne and Saint-Henri; he subsequently won part of the electoral districts of NDG and Westmount—Saint-Louis. Guillaume Cliche-Rivard of QS finished second with 27.2% of the vote, or 8,156 votes.

In Westmount—Saint-Louis, where 97% of the votes were counted, outgoing Liberal MP Jennifer Maccarone obtained 10,065 votes, or 50.97% of the votes, which places her far ahead of the other candidates. QS candidate David Touchette finished second, with 12.21% of the vote, or 2,411 votes. Colin Standish, leader of the fledgling Parti canadien du Québec, was his party’s candidate in the riding and won 975 votes.