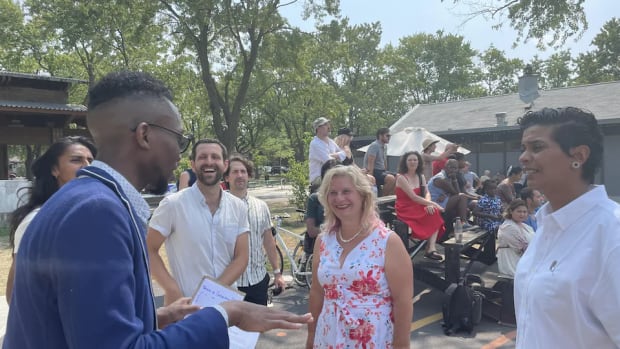 A new municipal party hopes to make a breakthrough in the November municipal elections in Montreal.

“Our neighborhoods must be at the heart of our decisions,” she said in a statement, adding that she was proud of her accomplishments during her first term.

Fumagalli was elected borough mayor as a candidate with Projet Montréal in 2017 before being expelled from her caucus in 2018 following harassment complaints against her.

An investigation by the Controller of Montreal revealed that Fumagalli’s behavior violated workplace policy, prompting Mayor Valérie Plante to ask for her resignation.

Fumagalli is seeking re-election as district town hall under her new banner.

She will present three candidates in November: Leonora Indira King in Parc Extension, Mariem Mathlouthi in Villeray and Wendy Oliver in Saint-Michel.

On its website, the party claims to focus on collaborative and participatory governance and an inclusive energy transition.

QM underlines five priorities in its platform, namely the creation of complete living spaces, the development of sustainable transport, diversified housing, the creation of greener living environments to fight against climate change and the enhancement of social diversity. and cultural.

Montreal’s municipal elections will take place on November 6 and 7, 2021.