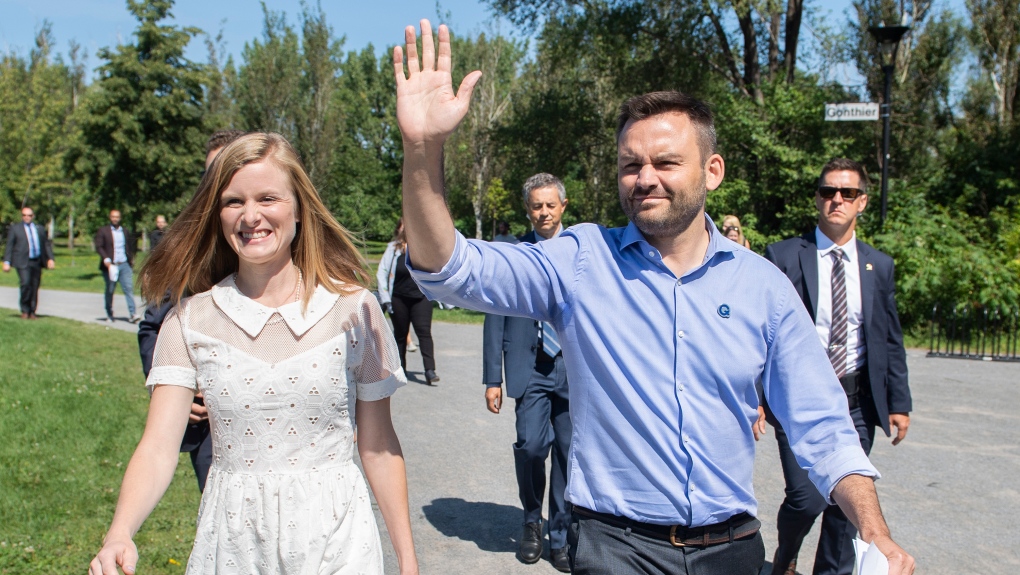 The Parti Québécois (PQ) says it wants to withdraw the bilingual status of certain cities in Quebec that have an English-speaking minority population.

Present in the electoral district of Bourduas in Montérégie, the leader of the PQ, Paul St-Pierre Plamondon, argued that if a city does not have an English-speaking population of more than 33%, its bilingual status should be revoked.

He points out that one of the municipalities in the riding of Borduas, Otterburn Park, is an officially bilingual town with an English-speaking minority population.

Meanwhile, 90 people identify as English-only, 3,785 say they speak only French, and five speak neither official language.

St-Pierre Plamondon insists on the fact that cities that operate in French and English tend to favor the latter language.

He describes Quebec as “unique” because it is first and foremost French-speaking.

“I think the vast majority of Anglophones accept and are okay with that,” said St-Pierre Plamondon.

During his press conference, the leader of the PQ made a point of pointing out that he was running in the riding that elected Simon Jolin-Barrette, who was responsible for advancing Quebec’s francophone agenda with the previous Coalition government. Future Quebec (CAQ).

“The spirit of Bill 101 is a common language, an official language that we must learn,” said St-Pierre Plamondon. “It allows us to reclaim a city like Otterburn Park, which is six per cent English-speaking and should not be a municipality that operates constantly in both languages.

Cubs lose in Toronto; would off-season aggressiveness include a new SS? Or Ohtani?