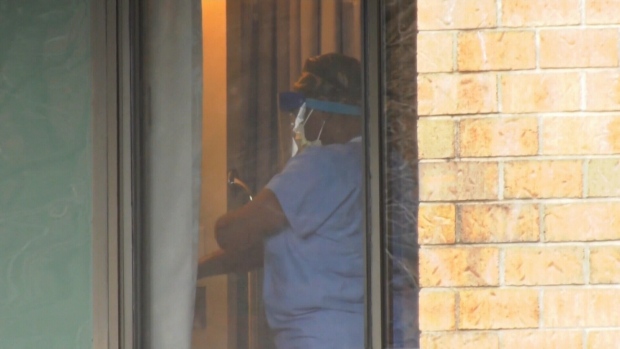 MONTREAL – Thousands of grievances have been filed against the South Central Montreal Health Authority, all by caregivers who want to draw attention to the racism they say they face at work.

Marie Ngo Hott is one of them. The nurse at the Montreal Geriatric Institute says almost all of his colleagues are black and are treated with little respect.

“We should just be happy that we came here to Canada,” is the attitude she often hears, she said.

The nursing assistants union says it’s time to tackle the problem, which it says is a prime example of systemic racism, the concept much discussed in Quebec recently.

More than 80 percent of those hired as caregivers are immigrant women, and they are very poorly paid and have little chance of advancing, says the union CSN.

“We think they are underpaid because they are women and they are black. It’s that simple, ”said Alain Croteau of the union.

“We are not accusing anyone of bad faith and bad intention,” said group director Fo Niemi.

“We say that the system, such as it is, produces inequalities in terms of hiring, promotion, professional mobility, working conditions, in particular wages, in particular of those who occupy the posts of beneficiary attendant.

His argument is also simple, he says: If most of the caregivers were white males, the working conditions would be much better.

The spokesperson for the health authority denies, however. He says the region takes diversity and inclusion very seriously, pointing out that 20 percent of its managers are from minority communities.

“Over the past few weeks, months and years, we have put in place a series of initiatives to make sure we do not discriminate,” said Jean Nicolas Aubé, the spokesperson.

“And while we have all of that in place, if more is needed, we will. We are always looking to improve and do better.

The union believes improvements are needed, he says, and hopes their efforts will help to achieve them.