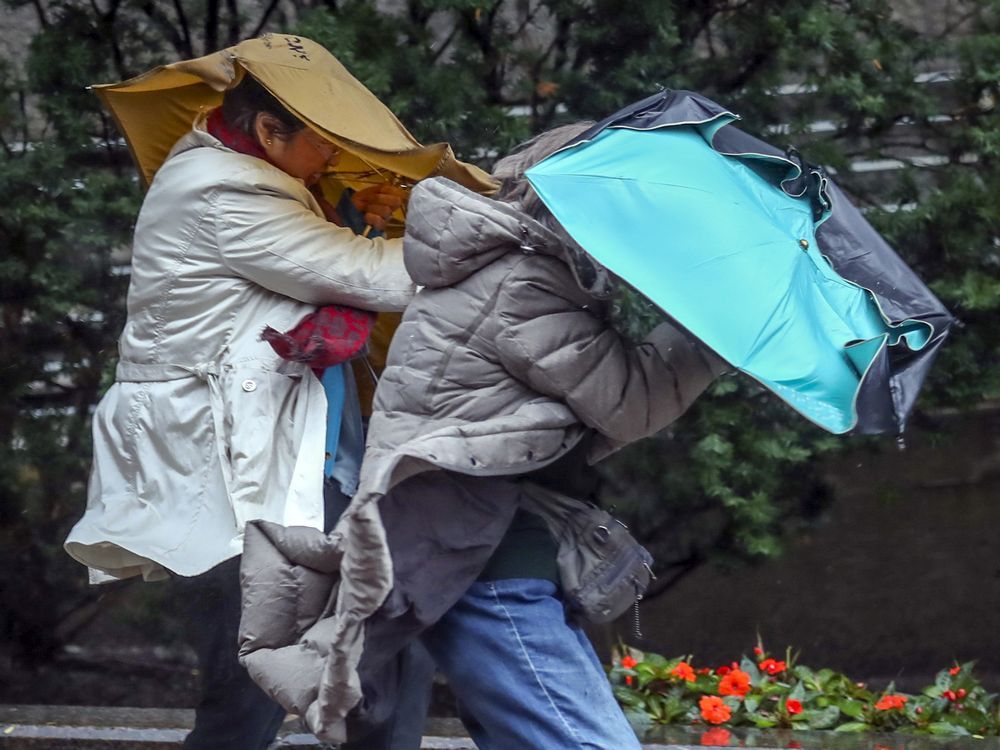 Severe storms knocked out power to more than 275,000 customers in Quebec on Saturday afternoon.

“Conditions are favorable for the development of severe thunderstorms that could produce tornadoes this afternoon,” Environment Canada wrote on its website on Saturday. “Strong winds, large hail and heavy rain are also possible.

“This is a dangerous and life-threatening situation. Be prepared for inclement weather. Take cover immediately if threatening weather approaches.

Warnings have been issued for the following regions: Eastern Townships, Beauce, Drummondville-Bois-Francs, Mauricie, Quebec and Montmagny—L’Islet.

Severe thunderstorm advisories are posted for all other regions of Quebec. At 5:51 p.m., a severe thunderstorm warning was in effect for Haute-Gatineau, Lièvre, Papineau, Laurentides, Vaudreuil, Soulanges, Huntingdon, Lachute and Saint-Jérôme.

Violent thunderstorms hit the Outaouais late Saturday afternoon. Hydro-Quebec reports 114,807 homes out of power as of 4:45 p.m., affecting more than half of customers in the region. The Laurentians had 135,000 people without power and in Montreal there were 5,000 power outages.

Environment Canada recommends the following actions in the event of a tornado or tornado warning:

Canadian Press contributed to this report