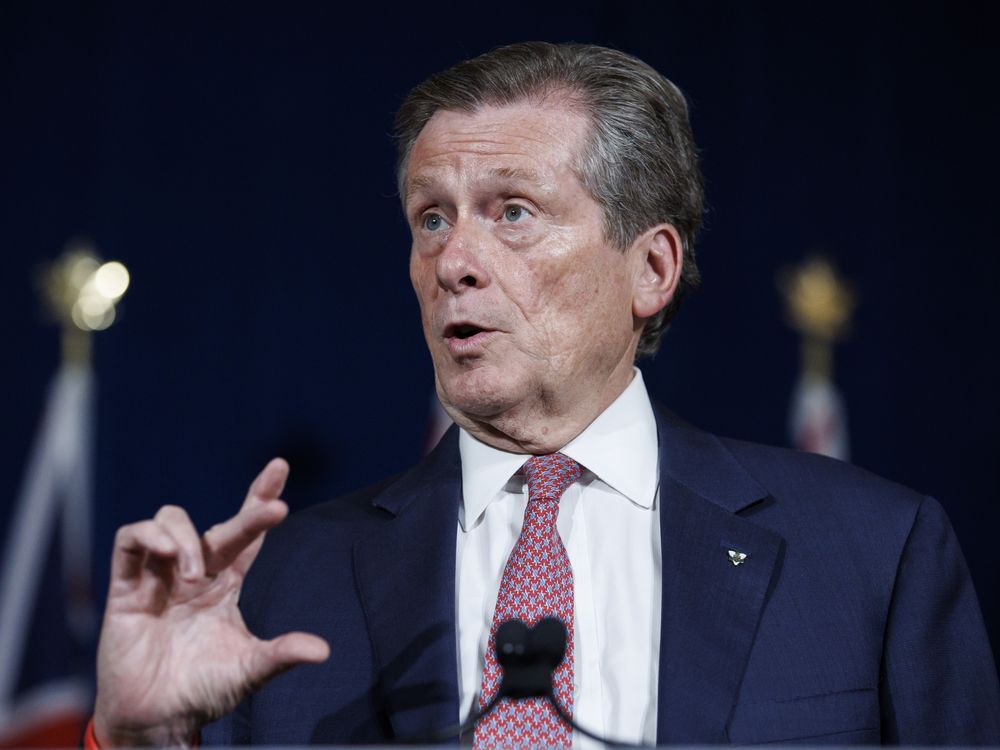 Toronto Mayor John Tory on Thursday appealed to the provincial and federal governments for immediate financial assistance, warning that without it the city could face “unprecedented” tax hikes and service cuts “extreme”.

In a letter to Premier Doug Ford and Federal Finance Minister Chrystia Freeland, Tory said the city needs financial commitments by the end of the month to fill gaps related to the COVID-19 pandemic.

He said Toronto is facing an operating budget shortfall of $815 million this year directly related to the pandemic.

Meanwhile, he said the city could face budget pressures of nearly $1.5 billion next year before factoring in any property tax increases or funding commitments from other orders. of government.

“Given our limited options to raise revenue and our inability to manage budget deficits, we do not have the fiscal capacity to absorb these massive shocks to our system,” Tory wrote in the letter, dated Wednesday. and shared publicly on Thursday.

Tory noted that the city has received more than $3 billion combined from the provincial and federal governments since 2020.

During that time, the city had also introduced $1.6 billion in “savings, cost mitigation efforts and other offsets,” Tory said.

But without more help, Tory warned the city could also face cuts to programs and its capital budget, which he said could ‘eliminate thousands of jobs’ and ‘threaten’ the economic recovery of the city.

In the letter, Tory highlighted campaign and budget promises made by both governments to provide municipalities with COVID-19 financial support.

“We urgently need a commitment from the federal and provincial governments to support our continued recovery from the pandemic,” he wrote.

This year’s pandemic-related budget shortfall is a combination of lost transit revenue and rising housing costs, as well as lower returns on other streams such as parking fees and taxes. hotel, Tory said.

Representatives for Ford and Freeland did not immediately respond to requests for comment on Tory’s letter.

This report from The Canadian Press was first published on November 10, 2022.