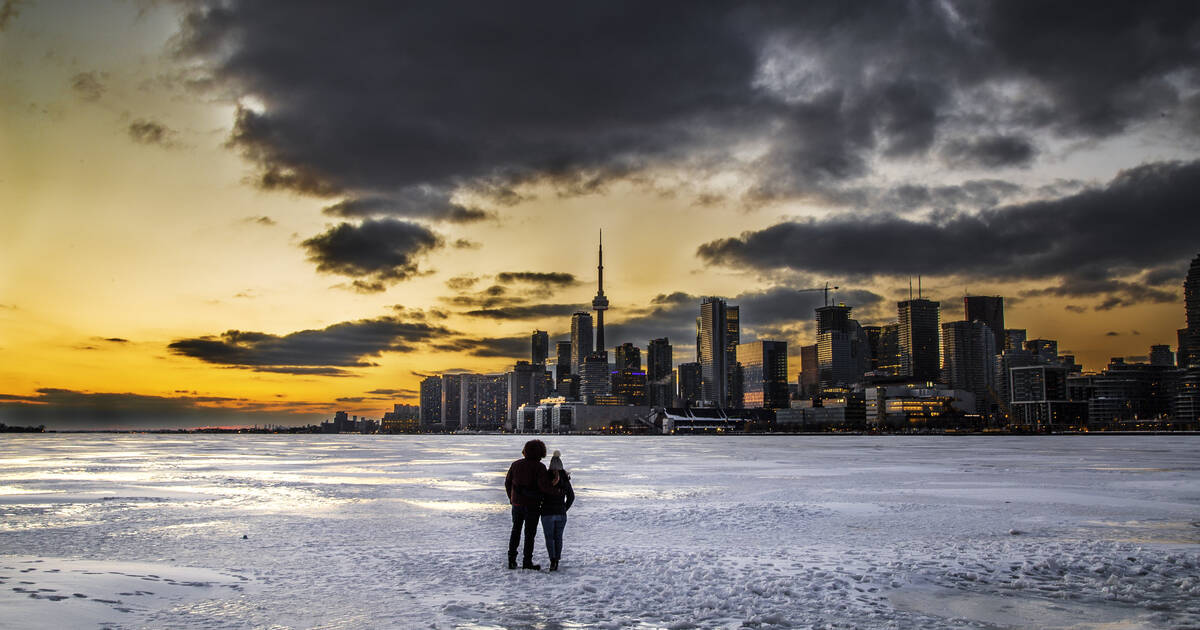 Ok, ok, listen to me: winter is not about to end. I am sorry. It’s early February.

That said, we could be looking at an “early taste” of warm weather towards the end of this month, as well as consistently more bearable temperatures after a blast of arctic air kicks in this weekend.

Sunday will be absolutely freezing, feeling as low as -27C overnight with the wind chill. On Sunday night, temperatures are expected to reach -23°C, feeling like -30°C.

Weather forecasters are saying this weekend might be one of the coldest we’ve had all season, but there’s light at the end of the tunnel (thank the fuck):

“We are seeing signs of a pattern shift from late February to the first week of March with the possibility of a taste of spring weather,” Weather Network meteorologist Dr. Doug Gillham said.

“However, it’s still almost two weeks away and there will be a lot of arctic air in central Canada which could try to spoil the warm-up.”

Looks like, in typical Toronto fashion, we might see temperatures rebound for a while. It happened in February before. Quite often in recent years, in fact.

But back to this weekend: it could be the last of its kind we see until next year.

“The blast of arctic air that will arrive this weekend will likely be our last hit of really freezing weather for this season,” Gillham said, noting that it’s still “far too early to declare winter completely over.”

Snow is still expected later in March, but even a few days of above freezing temperatures would be good for us chilly Torontonians. Hopefully we’re starting to see more than a few hours of sunshine at a time after this weekend’s big winter blast.

Columbus puts road winning streak on the line against Montreal