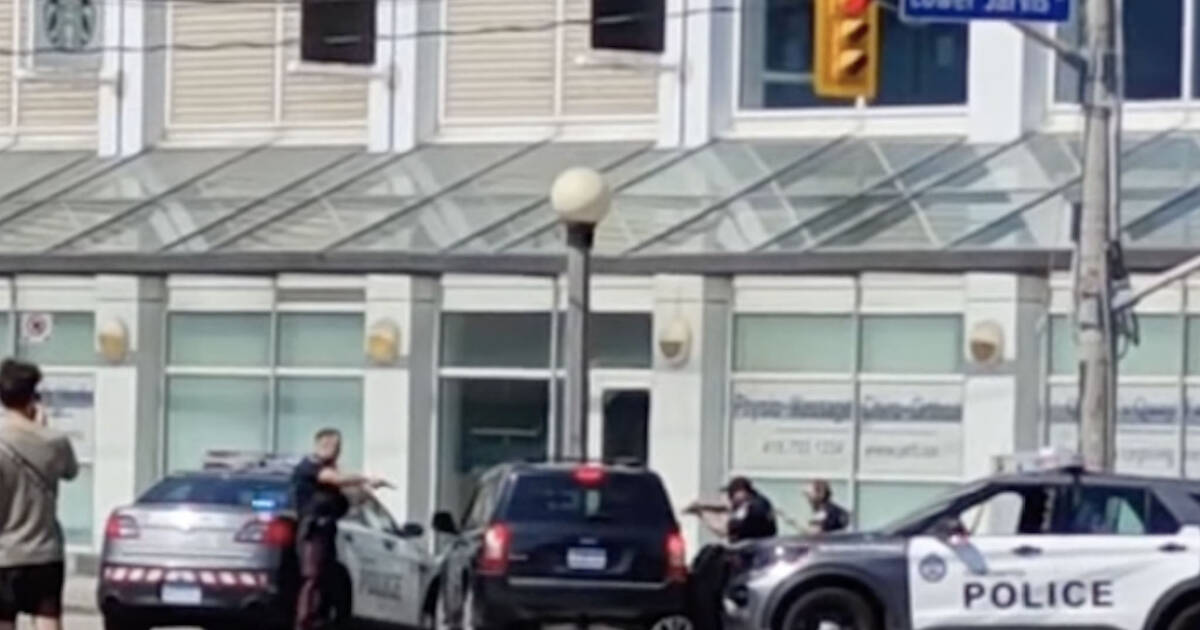 This could be a scene straight out of an action-packed movie. Incredible footage of a police teardown involving a driver charged with a hit-and-run in Toronto has gone viral.

It was captured September 3 on Queens Quay and shows a dramatic storyline.

Right off the bat, the driver of a black Jeep pulls up in the street and is pushed away by a Toronto police cruiser. The policeman immediately gets out of the car and walks over to the passenger side.

Another police cruiser quickly joins the panel and flanks the Jeep on its left side, essentially pinning the vehicle between the two police cars.

Sirens blare and lights flash as a third and fourth cruiser pull up to the scene.

The caption of the video reads “a cruiser [pins] one vehicle, then a standoff occurs and a few other cruisers respond to the incident.”

An update has been added to the caption which alleges the driver of the Jeep hit two pedestrians and a cyclist and they were fleeing the scene.

A second video of the incident was also captured and shared on Instagram. It shows the officers demanding that the driver get out of the Jeep, guns drawn.

The newspaper reports that the first hit and run occurred in Yonge and St. Clair and the driver was arrested at Lower Jarvis Street and Queens Quay East.

An Invitation to Ottawa Municipal Candidates