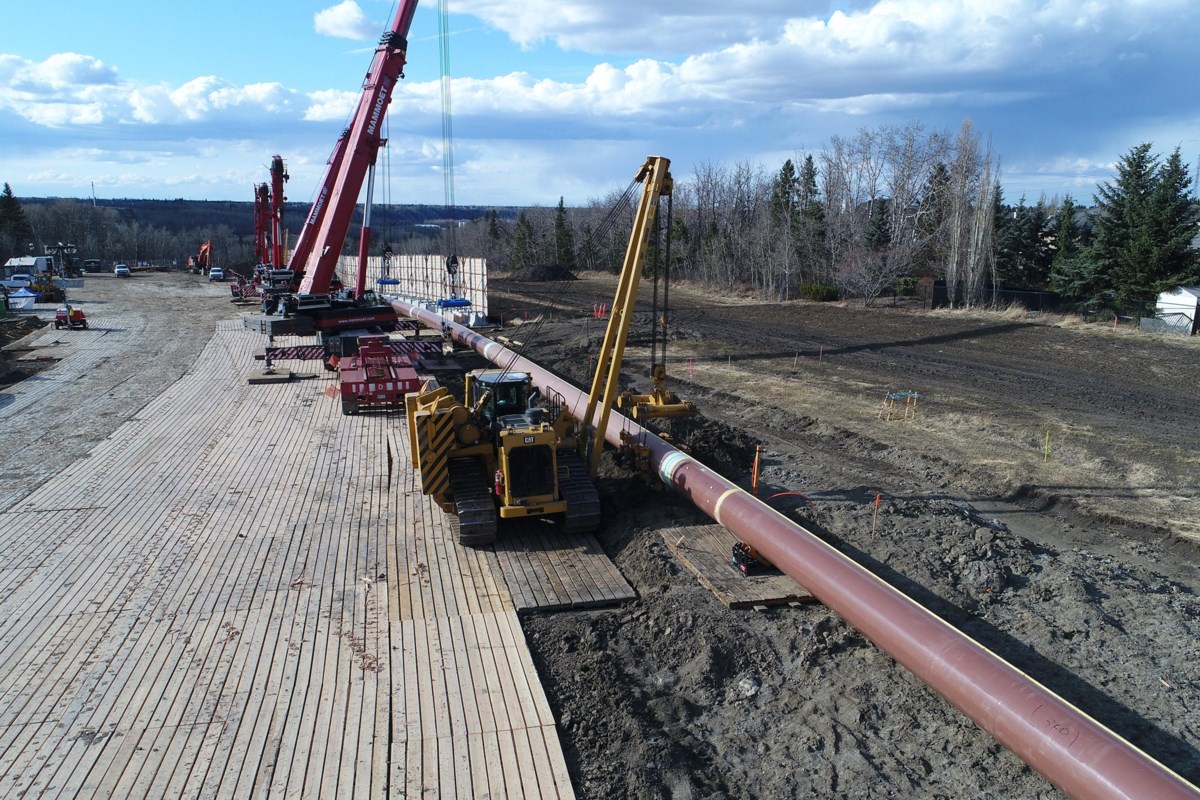 The Tsleil-Waututh Sacred Trust will hold a rally at the Vancouver Art Gallery this Saturday (April 9) to pressure the government to stop the Trans Mountain pipeline expansion project.

As construction of the Trans Mountain Pipeline through Indigenous territories and British Columbia faces excessive costs and delays, the Sacred Trust of Tsleil-Waututh said now is the time to make its voice heard, as the group holds a rally this weekend.

Starting at 11 a.m. on Saturday, April 9, the gathering will be held at the Vancouver Art Gallery in downtown Vancouver and will feature speakers and presenters from across Turtle Island (North America), including the UBCIC Grand Chief Stewart Philip and Wet’suwet’ en NaMoks Hereditary Chief.

“Now is a pivotal time to make our voices heard,” said Charlene Aleck, Tsleil-Waututh Nation Councilor and Sacred Trust spokesperson. “This pipeline is not a wise investment. It is dangerous and ecologically irresponsible. And the opposition is stronger than ever.

Speaking to the North Shore News, Aleck said that from day one, TWN and Sacred Trust said they would find legal avenues to stop construction of the pipeline.

“Visiting banks, when it was on sale, and meeting investors. … We would find ways like that to just let them know what risk we are being asked to bear,” she said.

Aleck explained that with the lawsuit and continued construction of the pipeline, people are under the impression that the pipeline “will be pushed anyway.”

“But there have been so many setbacks; financial setbacks, construction setbacks, [and] the time has come to make our voices heard again.

With the Sacred Trust not having a gathering since before the COVID-19 pandemic, Aleck said as we “were all sent to our rooms” to isolate ourselves from COVID, “the constriction just went haywire.”

“The spawning grounds have been disturbed; breeding bird habitat was washed away and destroyed. Seeing that they were allowed through all of this, I think it was very intentional that this construction happened, especially right in the entrance, right in front of us.

The rally comes as the federal government announced in February that it would not provide additional funding for the expansion project, which Sacred Trust says infringes the rights, titles and interests of the Nation.

The federal government’s announcement came after a construction cost update from Trans Mountain showed the estimated cost of the project had skyrocketed to $21.4 billion, a four-fold increase since the purchase of the project by Canada in 2018 for $4.5 billion.

“Sacred Trust calls on those who oppose the pipeline, those who support the rights of Indigenous peoples and all who fight to stop climate change to come together and make sure our voices are heard by potential investors,” he said. wrote the Nation in a press release.

Aleck said that as the construction of the pipeline continues, society “as a whole, Canada as a whole,” wants to do something and wants to support Indigenous peoples.

“There was an apology for the survivors of the Pope’s residential schools the other day, and it left people a little uneasy, both native and non-native. … We are honored and we feel honored that representatives of, you know, Mohawk, Haida and Mi’kmaq are all coming to join us.

“And [it’s] a great way to get out and see what is important to First Nations at the local level; This is a great opportunity.”

Charlie Carey is the Indigenous and Civic Affairs reporter for North Shore News. This pace of reporting is made possible by the Local Journalism Initiative.