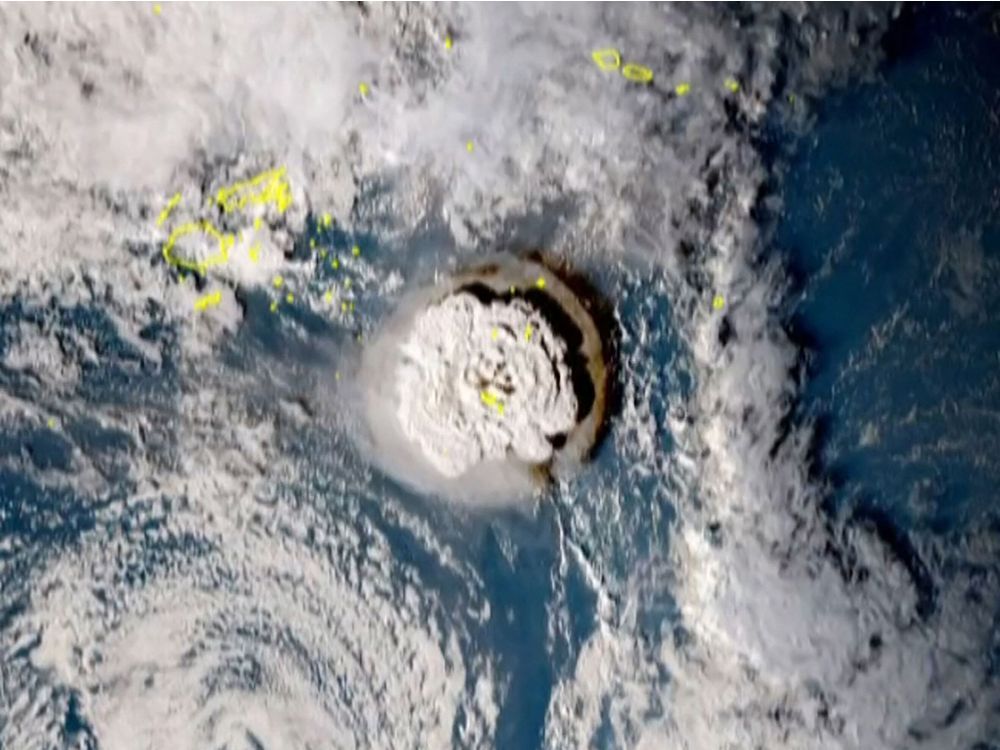 The advisory issued on Saturday morning followed a volcanic eruption in the Pacific Basin near the Tonga Islands.

It is no longer in effect for Zone A, which covers the North Coast and Haida Gwaii, or Zone B, which includes the Central Coast and Northeast Vancouver Island, including Kitimat, Bella Coola and Port Hardy.

The advisory remains in place for the outer west coast of Vancouver Island from Cape Scott to Port Renfrew, dubbed Area C, as well as Area D, which spans the Strait of Juan de Fuca, from Jordan River in Greater Victoria, including the Saanich Peninsula.

Provincial Public Safety Minister Mike Farnworth said the risk was limited to increased tidal currents and residents in at-risk areas should stay away from beaches, shores and marinas and follow local government guidelines until the advisory is lifted.

He says several communities along the coast activated their emergency plans overnight.

“Emergency Management BC immediately activated the provincial emergency coordination center and all provincial regional operations centers on the coast,” it said in a news release. “The agency also supported local governments and First Nations with updates and a series of coordination calls.”

Two emergency notification alerts have been issued to emergency managers, and local communities are notifying residents in accordance with their emergency protocols for such notice, Farnworth said.

“Although not a tsunami warning, this event demonstrates that coastal warning systems are working.”

Sylvan Daugert, co-fire chief for the village of Massett, B.C., said he only received one of two public alerts sent to residents shortly after the center issued its bulletins.

“So it’s disappointing,” he said.

But Daugert, who is also the village’s superintendent of public works, said he was less worried than he initially was after learning that wave heights in Alaska were 35 centimeters or less.

The US National Weather Service confirmed that a tsunami had been generated by the eruption and issued warnings for several western coastal regions, including Alaska and British Columbia.

The National Tsunami Warning Center has also issued advisories for the California coast to the Mexican border and the coasts of Oregon and Washington and the Aleutian Islands.

Is there more to this story? We’d love to hear from you about this or any other stories you think we should know about. Email [email protected]