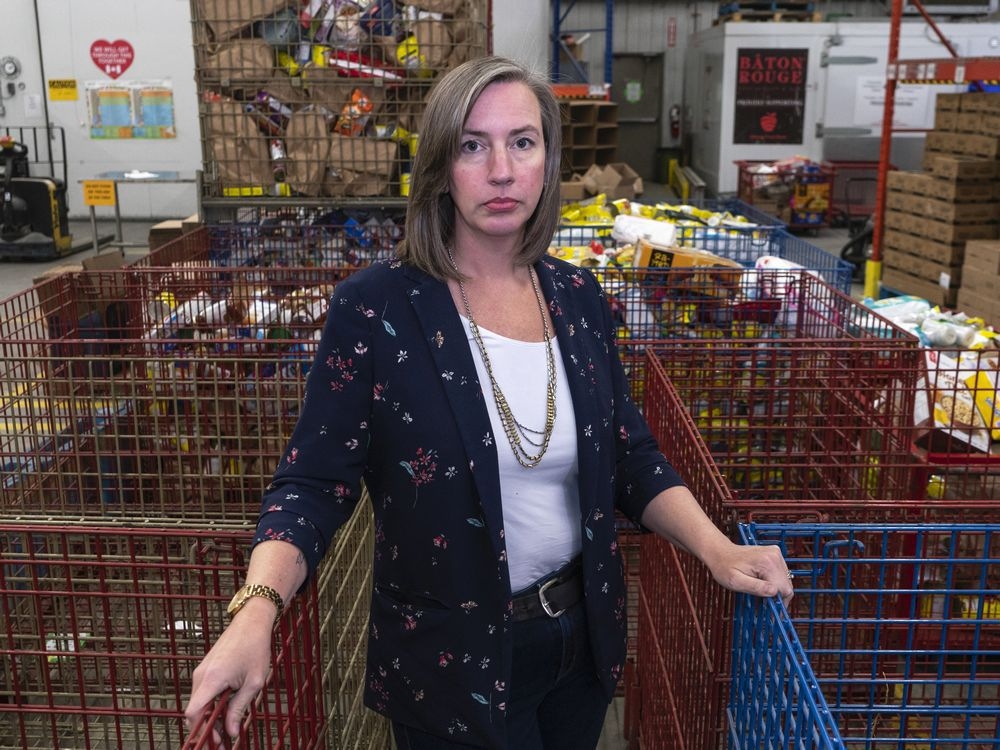 March was the busiest month the Ottawa Food Bank has ever had, CEO Rachael Wilson said. Against a backdrop of rising inflation and high housing prices, there is no sign that demand is slowing.

“These are unprecedented times. With an increase in the number of people needing access to a food bank for the first time, March 2022 is the busiest month we have seen in terms of people served and visits to food support programs,” she said.

Wilson said demand is so high that it’s difficult for the food bank to keep shelves from the various agencies it delivers food to.

The food bank reported the highest service figures for March in its 38-year history. Food bank demand in March was 39% higher than in 2017 and 20% higher than the same month in 2021.

Prior to the onset of the pandemic, the food bank served approximately 220 families per month. By March, it was serving more than 1,050 families.

“It’s been a challenge to keep up with the growing demand,” she said.

As a result, the food bank has had to cut other community services it once offered to focus on food due to overwhelming demand.

Day-to-day operations continued, amid rising demand driven by inflation, the pandemic and other issues, she said. “However, we are unsure of the sustainability of our sector if the numbers continue to increase at this rate,” Wilson said.

The Ottawa Food Bank delivers food to over 100 member organizations, such as food centres, shelters and after-school programs.

“Obviously something is going on.”

Many of the people it serves depend on a form of social assistance that has not kept up with inflation, she said.

“People are really struggling to afford food and gas prices.” The cost of housing is another key factor sending more people to the food bank to supplement their food budget, she said.

Wilson said food bank officials across the province are telling similar stories about the growing demand, which she says should be on politicians’ radar during the provincial election campaign.

“We would like to hear from the candidates about poverty reduction and how they will address food security,” she said.

“Food security is about more than improving access to healthy food – we must continue to advocate for systemic changes that put food banks out of business.”

The Ottawa Food Bank and its member agencies provide food support and services to tens of thousands of people across the city.

Have you ever had wine with jerk chicken or beef curry? This Toronto sommelier wants you to try it