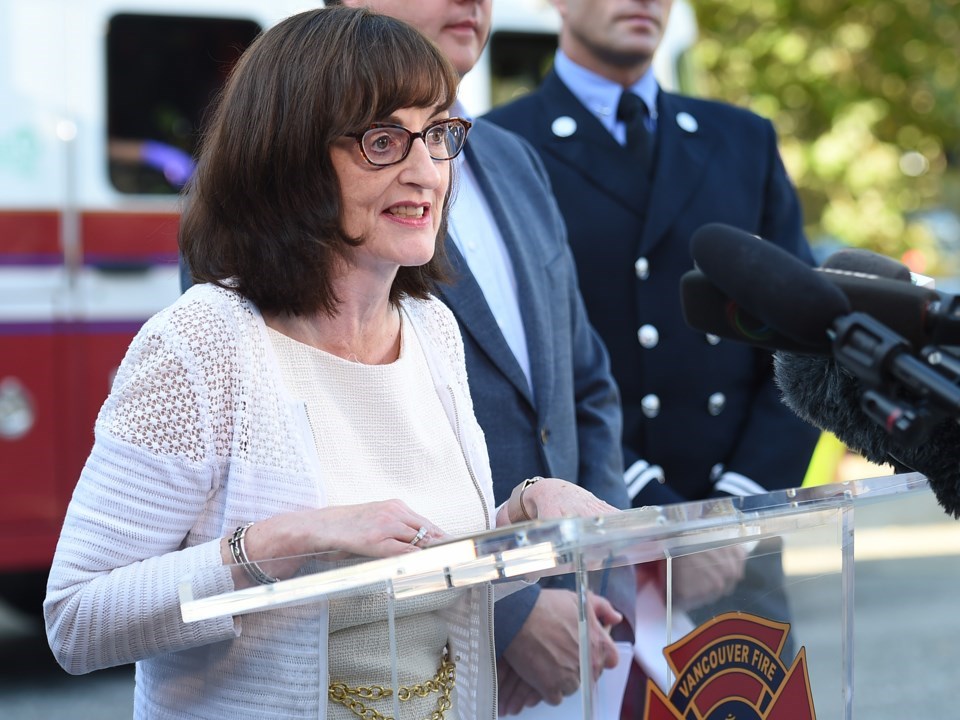 Vancouver city council is scheduled to meet Tuesday and Thursday this week.

Wondering what’s interesting on the agenda?

Here are three things to note:

As Ice cream media reported last week, the city released a “Conceptual Development Plan” for 80 acres of land it owns and manages on the south shore of False Creek.

The plan envisions tripling the number of homes and adding new buildings from six to 28 floors. A 500-foot adjacent to the Granville Bridge is also a possibility, although the staff report emphasizes the word “conceptual” in the plan.

“It is important to note that these potential heights and densities have not been reviewed by [senior managers] or any other city personnel from a regulatory point of view, and therefore do not reflect the forms of design that have to date been approved or considered to be bearable from a spatial planning or regulatory point of view ” , indicates the report.

Staff will make a presentation to council on Thursday, which will include more details of the city’s plan to negotiate with existing tenants on the land. Staff will also explain how the plan justifies increasing the number of housing units from 1,850 to 6,645 and maintaining a housing mix of roughly one-third leasehold units, one-third rental units in the region. market and a third of non-market / cooperative housing. .

Some of the council’s questions will no doubt relate to how such a level of development on a shoreline can be achieved over the next 20+ years, when city staff have already raised concerns about sea level rise. .

• Update on the overdose crisis

It has been months, maybe even more than a year or two (hard to follow these days) since Dr. Patricia Daly provided City Council with an update on the overdose crisis in Vancouver.

Prior to the pandemic, Vancouver Coastal Health‘s Chief Medical Officer of Health made semi-regular visits to city hall to share data and information about the public health emergency.

Daly is due to present to the board Thursday at 9:30 a.m. and is likely to reiterate some of the points she raised previously – that fentanyl is still linked to over 80% of deaths, which the pandemic has prevented some users from taking. access injection sites and health services and that campaigns for a widespread “safe supply” of drugs and decriminalization continue.

The most recent data from the BC Coroners Service, which covered the six-month period January 1 to July 31, showed 286 people have died in Vancouver from suspected drug overdoses. The death toll is on track to surpass the city’s highest on record, which was 413 in 2020.

Across British Columbia last year, 1,734 people died of drug overdoses, breaking the provincial record of 1,548 in 2018. The lowest number of deaths to occur in the province in the last decade occurred in 2012, when 270 people died – 65 of them in Vancouver.

In British Columbia’s other public health emergency, the health ministry reported last Friday that 2,055 people had died from COVID-19 since the start of last year.

Around the same time last year, the council unanimously agreed to allow veterans with BC veterans license plates to park their vehicles for free at counters and potentially in parking spaces. other city facilities under a one-year trial.

By voting for the lawsuit, the council defied a staff recommendation that suggested year-round free parking for veterans could result in up to $ 2 million in lost parking revenue out of the $ 100 million the city ​​collects every year.

“I want to stress that all of the staff working on this project truly respect what the veterans have done for our country, but there is no connection we can see between this service and subsidized parking,” said Paul. Storer, the city’s transportation manager, in a presentation to council at the time.

Fast forward to October 2022 and a new staff report recommends the one-year trial become permanent, subject to time limits at meters; in other words, if the meter indicates that a veteran can park for up to two hours, then said veteran should not park there for three hours.

Why did the staff make such a turnaround from their position last year?

Here is an excerpt from the report presented to council on Tuesday:

“The staff carried out spot checks of the daytime and night occupancy of the on-street parking lot in [the first and second quarter] 2021 for all paid parking lots in the city, including identification of the number of veterans’ plaques observed, ”the report said.

“Fewer than five veterans plaques in total were observed during data collection during each quarter. Anecdotal data from EasyPark also indicated that there was very little veterans plaque activity observed at their off-street facilities. on- and off-street, it can be inferred that the use of the parking fee exemption has remained low. “

The new staff report also recommends that holders of Memorial Cross license plates be exempted from paying for meter parking.

The Memorial Cross – often referred to as the Silver Cross – is a distinction awarded by the federal government since 1919 to the relatives of members of the Canadian Armed Forces who have died in service or whose death has been attributed to their service.

“Information from ICBC indicates that the number of Memorial Cross plaques in British Columbia is low,” the staff report said. As such, staff do not anticipate a significant impact on on-street parking if fee exemptions are extended to vehicles bearing the Cross of Remembrance plaques.

What you need to know about COVID-19 in Ottawa on Tuesday, October 19