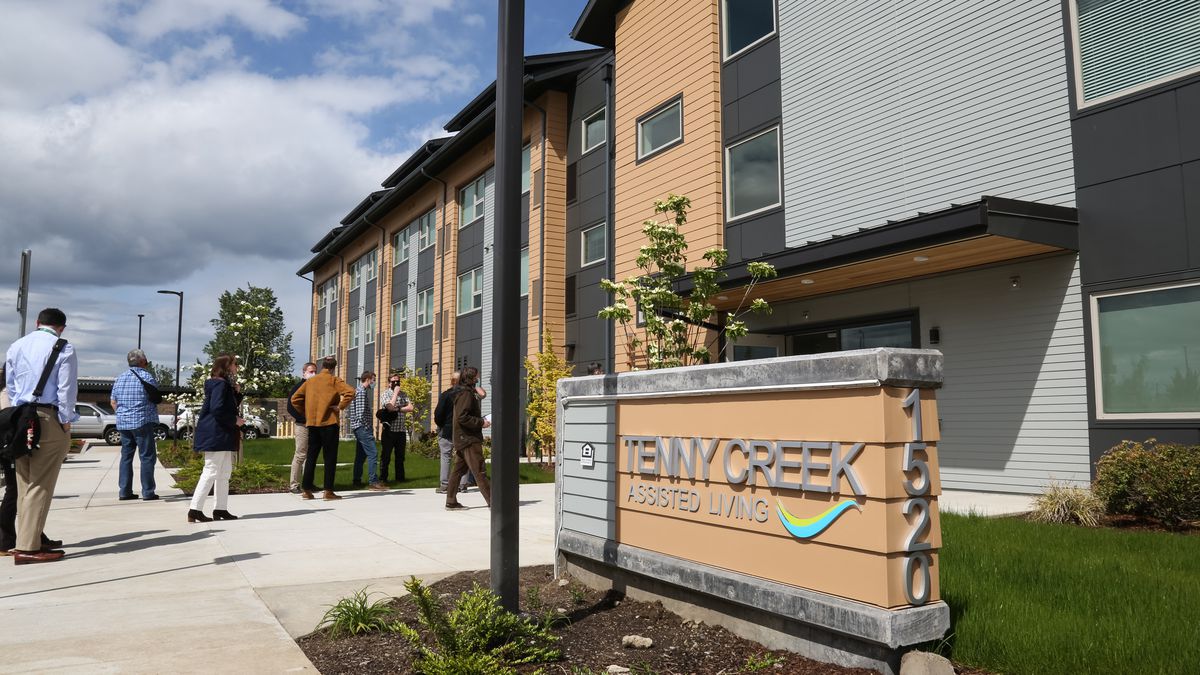 Tenny Creek Assisted Living, a 40-unit building, will provide on-site medical and nursing care. Combined with its communal dining room and gleaming commercial kitchen, it looks a bit like a retirement home.

But the facility, which state and local authorities visited on Monday, aims to treat only people who have also lived on the streets. It will welcome its first tenants in June, according to the Vancouver Housing Authority.

“This is a population that is not able, with their current health conditions, to live independently and needs this round-the-clock support,” said Andy Silver, director of the operation of the establishment.

Unsheltered people often face multiple health issues, from behavioral illnesses to bodily illnesses resulting from prolonged periods of outdoor living. For some, the physical problems predate their homelessness and may even have contributed to the loss of a home.

And while supportive housing projects can get a roof over a person’s head and connect residents with mental health specialists, Silver said there’s no facilities in Clark County that also provided physical care.

“It was definitely an all-out effort to get it – from us noticing this gap in the community, to partners to help us (with) what it would look like, and then getting the resources to get the construction .”

The need for such facilities is increasing, State Representative Sharon Wylie said.

“There’s a surge of aging, medically frail people with housing issues and shortages,” the Vancouver Democrat said. “Hospitals cannot keep them indefinitely. It’s expensive. So we’re going to need facilities where people can get the kind of support they need as they get older.

Tenny Creek does not specifically cater to an aging population, but rather people who receive Medicaid dollars due to disability.

Wylie, who spoke publicly at the event alongside other local officials like Republican Rep. Paul Harris and County Treasurer Alishia Topper, said she hopes communities are becoming more aware that homelessness requires “many solutions and many needs”.

“It’s not just drugs, it’s not just alcohol,” Wylie said. “We are at the end of a period of 30 to 50 years where the federal government has disengaged from mental health. States have moved away from their own mental health facilities without creating community services…we are way behind the curve.

The installation, which Silver said took about four years to complete, cost just over $17 million. The housing authority is paying for it with its own loans, as well as money from the state legislature, a grant from the state Department of Commerce, and an investment from the nonprofit NDC Equity of New York.

The project is also taking $1.3 million from the Clark County mental health pot of dollars it collects from sales taxes.