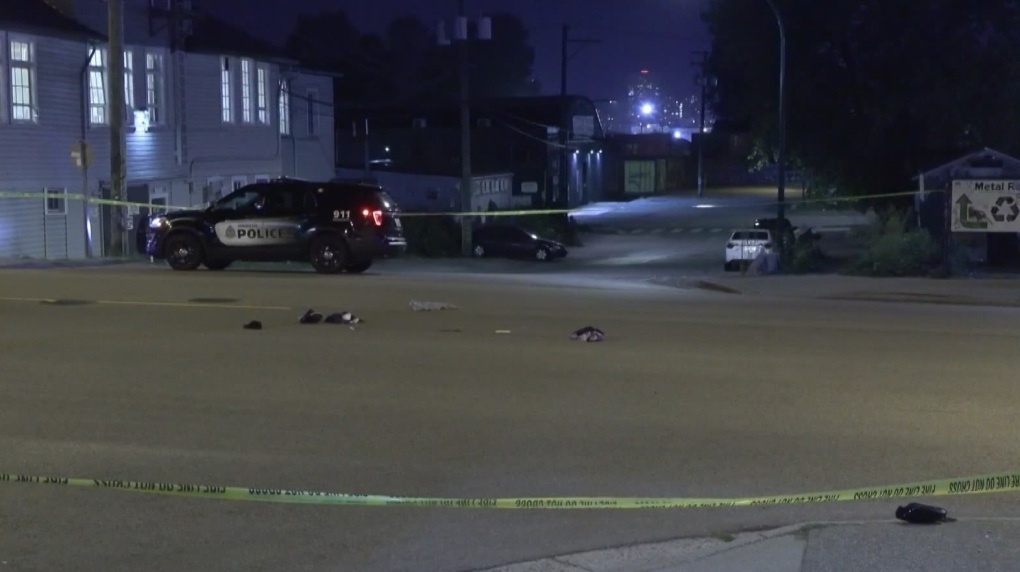 Vancouver police are investigating a suspected hit-and-run that left a pedestrian with life-threatening injuries.

The pedestrian is now fighting for his life in hospital, but details of his injuries have not been released.

Clark Drive is a busy street, so the police are appealing to the public to help track down the driver responsible.

The road was closed for several hours on Wednesday evening as crash reconstruction analysts assessed the scene.

A pair of trainers and other personal effects were visible in the middle of the road.

“I was walking down the alley. I saw someone in the middle of the road, and he wasn’t breathing. And there was blood from his head on the ground, and there are two people talking to him,” Araoye said as he returned to the crime scene on Thursday morning.

He says he and other witnesses were worried because it looked like the victim, who appeared to be a man, might not survive.

“I was freaked out. Is he still alive? What’s going on? And they said he was breathing, but I could tell they were freaked out. So I was hoping, you know, that the ambulance would arrive in time,” Araoye told CTV News.

Araoye says he has been praying for the victim ever since.

The responsible driver forgot his mirror.

This will be a key part of the investigation as it will likely give investigators more information about the make and model.

“A black vehicle has fled, which will be missing a mirror. Please call 604-717-3012 for any information,” Vancouver police tweeted.

Clark Drive has since been fully reopened to traffic.