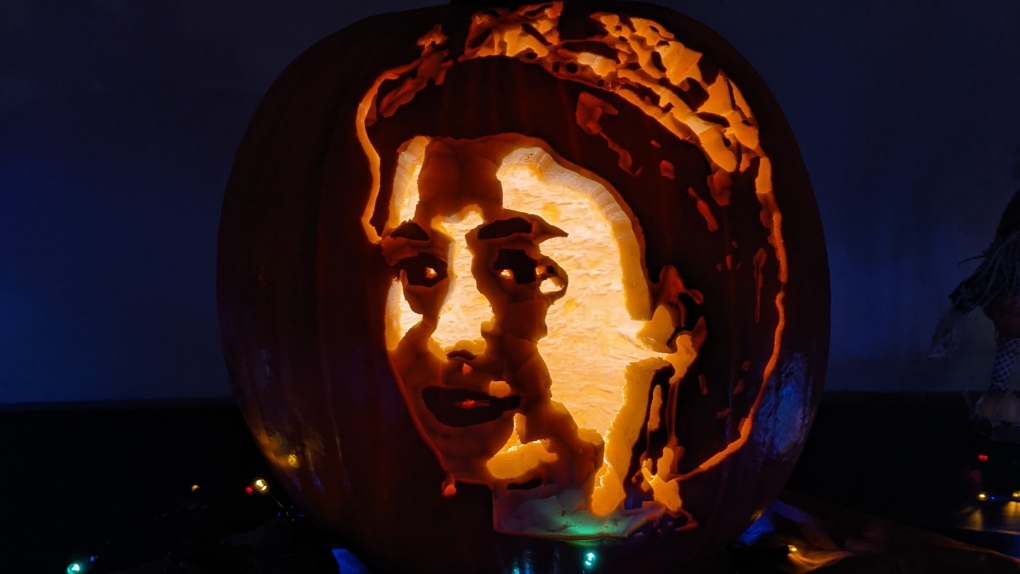 As a tribute to Queen Elizabeth II, a Vancouver man has carved three pumpkin portraits of the late monarch and is making the designs available for free online.

Jeremy Burghall has used gourds as a canvas since the age of 10, practicing and perfecting his craft during spooky season every year for the past three decades.

“I prefer to use real pumpkins. There are a lot of people who make foam pumpkins, which actually allows you to do even more detailed work, but I prefer to stick to the real deal,” a- he told CTV News.

Its inspiration came from the closing credits of the TV show Roseanne, where the cast members’ realistic likenesses were carved into pumpkins.

“It really captivated me and I thought, ‘I want to try and see if I can do this,'” he said.

“I tried and it worked and I kept going year after year, getting more and more skilled.”

In recent years he has focused his carvings on dead celebrities or recognizable characters. This year, after the Queen’s death, he decided to create several portraits in her memory. Each portrait, he said, took about five hours to sculpt.

“I was trying to see if I could capture her different ages. It’s a bit tricky because some photos work better than others,” he explained.

This photo submitted by Jeremy Burghall shows three pumpkin portraits of Queen Elizabeth II he carved for Halloween in 2022.

While the chance to visit an exhibition and see his work at a rented location in Burnaby has passed, Burghall is making the stencils available for free on his website for anyone who wants to try making their own. Other designs are available for $5 each and feature real-life characters like Betty White, Bernie Sanders, and Beyonce, as well as fictional characters from TV shows like The X-Files and Star Trek.

Amid growing criticism, Macklem says Bank of Canada’s independence not in jeopardy