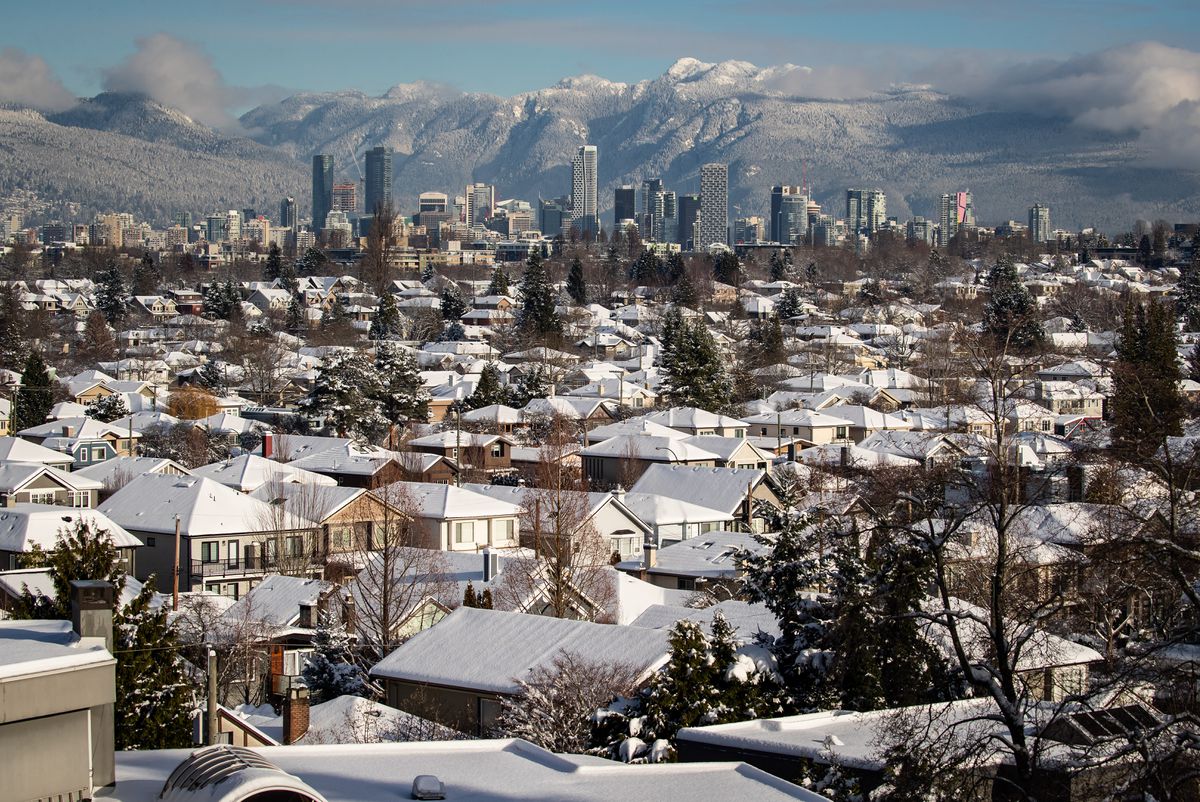 City dwellers have turned to self-storage units for everything from books and sporting goods they have no room for at home to inventory and equipment for their businesses, but now Vancouver seeks to impose limits on tall, windowless buildings that house these units.

The move comes after a recent wave of giant bunkers were erected in a few prominent locations in the city, including a hill on Clark Drive.

City staff recommend in a report presented to council on Tuesday that mini-warehouses be banned in industrial areas near public transit, which would have banned the development of Pockit Self Storage near the VCC-Clark SkyTrain station, and would require self-storage buildings in any industrial area to have uses other than ground floor storage.

“Continued construction of stand-alone storage facilities poses a threat to intensification in industrial areas,” the report said, warning that storage operations are making it difficult to financially compete for land for other types of industries. Staff consulted with officials in Miami, San Francisco and New York, cities that have faced similar challenges, on solutions to this problem.

The city’s move would affect large tracts of land in the Mount Pleasant Industrial Area and the Industrial Area south of Marine Drive, as well as areas near Rupert, Renfrew and VCC-Clark stations.

But people who work with the self-storage business say Vancouver should be careful not to limit these mini-warehouses too strictly. They say it’s an inaccurate stereotype that these facilities are just dumps in the sky for people living in undersized condos.

Instead, they act as an important base for fledgling business ventures and even help established retail businesses cut costs by giving them a place to store inventory offsite.

“By having storage spaces in municipalities, it allows many more small businesses to operate. Warehousing plays a vital role in a vibrant city,” said Patrick Wood, broker at William Wright, who specializes in this sector.

A local operator says that even some very large retail businesses, like hardware chains and grocery stores, are using mini-warehouses to reduce the amount of space they have to rent to store things in the busiest neighborhoods. dear in town. And these storage centers are evolving to facilitate this by providing counters where packages can be picked up and dropped off by couriers and delivery services.

“I visited a few buildings in the Downtown Eastside recently and the level of activity was impressive,” said Robert Madsen, director of the Canadian Self-Storage Association and owner of U-Lock Mini-Storage Group.

And David Allan, whose family business runs 42 warehouses in Manitoba, Ontario, New Brunswick and Nova Scotia, said there’s a danger city planners don’t understand the role these facilities play. He said storage operators are seeing a sea change as small businesses use lockers as their base for storage.

“In an urban center, we see them becoming real centers of economic activity.

Mr. Allan said that in Toronto at least, it’s not really the long-term occupants who tend to use them. Instead, when residential users rent storage units, it’s usually because of a short term space crisis. They have to vacate a house because of one of five major life events: death, disaster, divorce, dislocation, and delay.

“Nobody wakes up and says, ‘Let’s go buy a storage unit.'”

The city report says there are four mini-warehouses under construction and two under development review that are within a mile of a transit station. Eight were built between 2000 and 2009, and nine have been built or offered since 2020.

We have a weekly Western Canada newsletter written by our British Columbia and Alberta bureau chiefs, providing a comprehensive package of news you need to know about the region and its place in the issues facing Canada confronted with. register today.