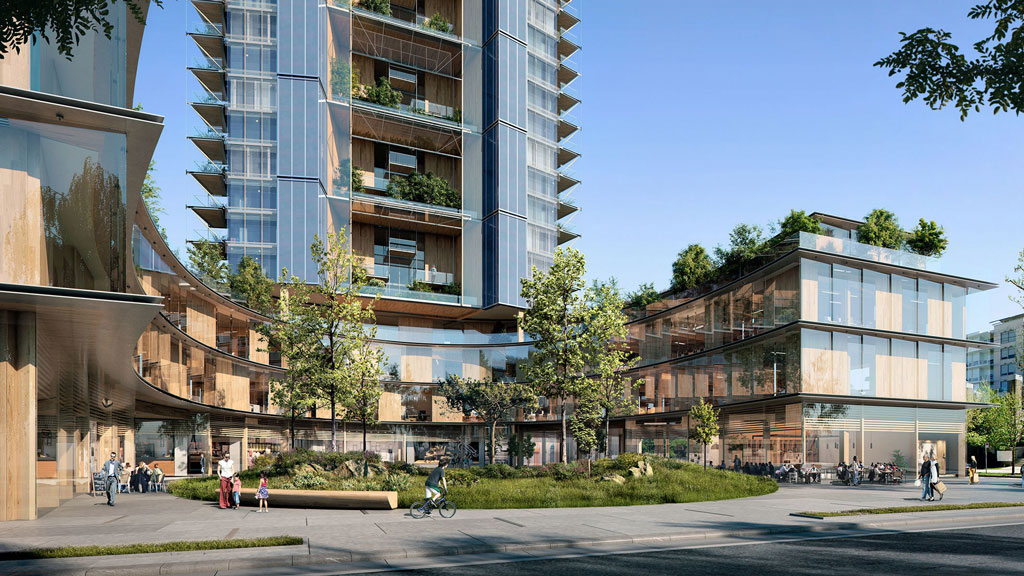 A 40-story hybrid timber tower project in Vancouver, possibly the tallest in the world, has yet to get neighborhood planning approvals and complete design refinements, but the city is “pretty excited about the project.” , largely for its low carbon content and high performance attributes.

That’s what Peter Moonen, National Director of Sustainability for the Canadian Wood Council, said at a seminar on solid wood systems for tall buildings recently at the Buildings Show in Toronto.

Vancouver is not alone in supporting the project called “Canada’s Earth Tower”.

Natural Resources Canada, through its Green Building Through Wood program, sponsored a design competition for the building. He hopes to spur innovation in the development of timber systems for high-rise buildings, Moonen told the seminar audience.

The Sidewalk Labs (SL) submission was selected among two other finalists, each receiving $ 50,000 for full-scale mock-ups of next-generation panel systems.

Moonen said the winning entry is a “plug and play” parts kit that follows some of the design and assembly principles advanced by the automotive manufacturing industry. SL’s submission covers bathroom, kitchen and bedroom modules, but its main focus is the curtain wall system on the facade panels.

The winner’s paneled wood system was the “most accurate” of the three – a key goal in large timber buildings because “any mistakes or mistakes get worse the higher you go,” he said. declared to the public.

The competition criteria required that the panel system be open source (non-proprietary) so that any company could use or improve it.

The 40-story tower of Delta Land Development in collaboration with the architectural firm Perkins + Will strives to achieve Passive House certification and a zero carbon standard.

Moonen said that among the competition’s evaluation criteria, the cost of the structure would have the same value as constructability, thermal performance, aesthetics and design. This is unusual in the industry where structural costs can represent up to 50 percent of the approval criteria.

He said a building’s structural materials are at best only 20 percent of a project’s costs.

As the industry moves towards environmentally friendly designs, materials and construction methods, Moonen sees buildings judged not only by their construction costs, but also by their environmental impact, socio-economic benefits, durability and habitability, summarized as the “value proposition” of a development.

“People who have figured out how to make wood competitively have some consideration for the value proposition of wood construction. “

He explained at the seminar that a key advantage of solid timber in large towers is the speed of construction made possible through repetitive component assembly designs. One example is the 18-story Brock Commons Tower completed on the University of British Columbia campus in less than 10 weeks.

Solid wood curtain wall facades for high-rise buildings are suitable not only for wooden structures, but also for concrete and steel structures.

“There is a real opportunity for them there,” Moonen told the audience, adding that he knew of three companies that were considering pre-fabricated wood panels for exterior walls only. “It can add an element of beauty, of performance.”

He told the public as long as buildings are being built, “As designers, builders and engineers, you have to understand how to fuse wood, steel, concrete and masonry into a building that is cost effective, efficient, low. impact, beautiful and desirable by the people who will occupy it and live nearby.

Adding that embodied carbon (a key benefit for lumber) will likely be incorporated into building codes over the next decade, Moonen noted from 2017, the city of Vancouver has required all developments in the building. city ​​have a report on incorporated emissions prior to rezoning approval.

Moonen’s seminar was sponsored by the Ontario Building Envelope Council.

COVID-19: “Without a doubt” Omicron will take over in Quebec