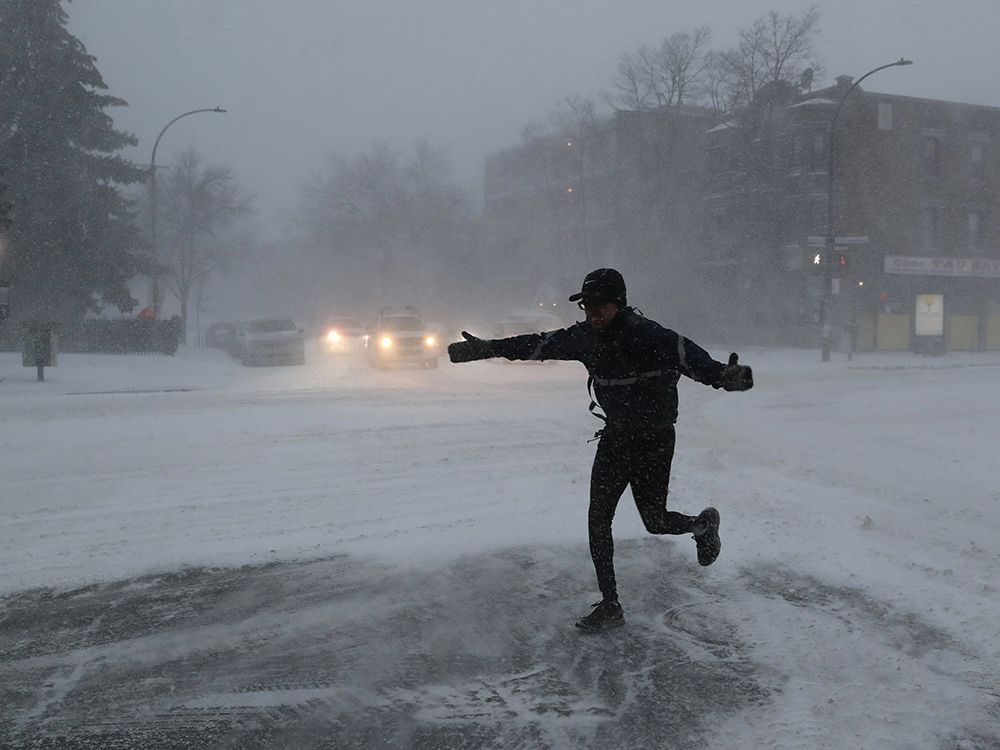 Montreal’s first major snowstorm of 2022 may have started with a dusting, but as the morning rush hour began, roads were treacherous, visibility in some areas was zero, and heavy downpours snow were propelled by gusts of wind of nearly 50 km/h

The storm – which is expected to drop 15 to 25 centimeters over the Montreal area – began slowly and with a deceptive calm in the early hours of Monday, with a light dusting of snow around 5 a.m. belying what was still to come.

As of 6 a.m., all foreign and domestic flights to and from the airport have been delayed or canceled in anticipation of the storm, which meteorologists predict will drop most of its precipitation before noon. Travelers should confirm their flight status before heading to the airport.

At 8 a.m., as the snow intensified, all highways in the Montreal area have been declared fully or partially covered with snow as Transport Quebec snowplow trucks struggled to keep up with the precipitation.

Driving conditions were complicated by increasingly strong winds which, along with snowfall, made visibility poor on many highways.

Motorists are advised to adapt their driving to road conditions, exercise caution and avoid travel unless absolutely necessary.

School boards in the Montreal area announced Sunday evening that elementary and secondary schools would be closed in anticipation of the storm.

This story will be updated.

More on this topic