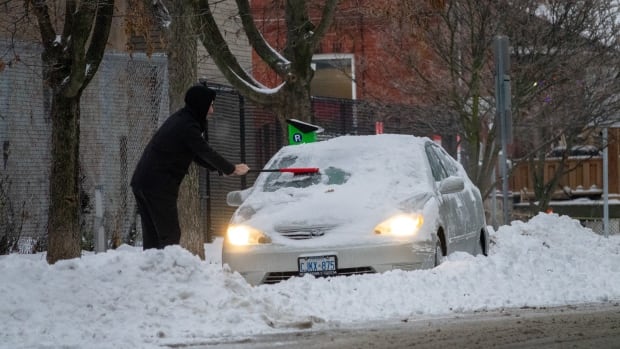 A major winter storm is expected to hit Ottawa and surrounding areas Sunday evening, with up to 50 centimeters of snow falling in some places, according to Environment Canada.

Winter storm warnings were issued across the region, from Algonquin Park east to the Quebec border and south to Prince Edward County. They also cover western Quebec.

The nation’s capital is expected to be covered with 25 to 40 centimeters of snow, with some places seeing half a meter falling.

The weather agency says people should expect blowing snow on Monday with winds of up to 60 km/h.

They are expected to resume on Tuesday, the health unit said.

IMPORTANT: Due to heavy snowfall expected on Monday and to ensure the safety of Ottawa residents, all community COVID-19 vaccination clinics will be temporarily closed. People with an appointment are contacted directly. Clinics are expected to resume on Tuesday. pic.twitter.com/5nYw5XNoJo

The City of Ottawa, for its part, has issued a parking ban which will take place between 7 p.m. on Monday and 7 p.m. on Tuesday. Vehicles parked on the street during a ban may be ticketed and towed.

The snow is expected to ease Monday evening, with sunshine in Ottawa’s forecast for Tuesday.